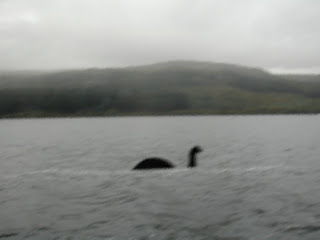 Morag is a lake monster that is very geographically similar to Nessie. This creature, also a plesiosaurid, lives in nearby Loch Morar. It is physically identical to Nessie, and if one exists, the other probably does. They are almost definately of the same species. Muc-Sheilch is a similar monster that lives in nearby Loch Maree and the surrounding small lochs. Not many descriptions of Muc-Sheilch exist, so it may not be a plesiosaurid but instead a giant eel, which would match some descriptions of the monster.
BlueDragon at 1:05 PM